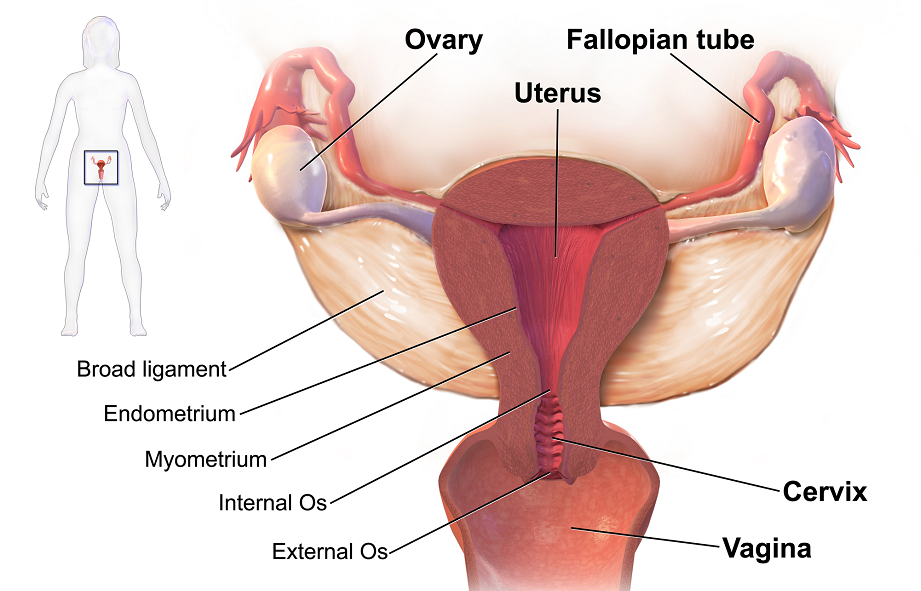 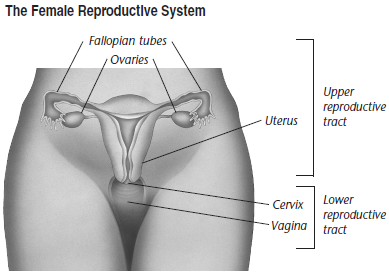 What causes PID?
Two sexually transmitted diseases (STDs)—gonorrhea and chlamydia—are the main cause of PID. Gonorrhea and chlamydia may cause vague symptoms or even no symptoms in a woman. After a woman is infected with gonorrhea or chlamydia and if she does not receive treatment, it can take anywhere from a few days to a few weeks before she develops PID. Pelvic inflammatory disease also can be caused by infections that are not sexually transmitted, such as bacterial vaginosis.
What are the long-term effects of PID?
Pelvic inflammatory disease can lead to serious, long-term problems:

Who is at risk of PID?
Pelvic inflammatory disease can occur at any age in women who are sexually active. It is most common among young women. Those younger than age 25 years are more likely to develop PID. Women with the following risk factors also are more likely to have PID:

Some research suggests that women who douche frequently are at increased risk of PID. Douching may make it easier for the bacteria that cause Pelvic Inflammatory Disease to grow. It also may push the bacteria upward to the uterus and fallopian tubes from the vagina. For this and other reasons, douching is not recommended.
What are the symptoms of PID?
Some women with PID have only mild symptoms or have no symptoms at all. Because the symptoms can be vague, many cases are not recognized by women or their health care providers. Listed are the most common signs and symptoms of Pelvic Inflammatory Disease:

Having one of these signs or symptoms does not mean that you have PID. It could be a sign of another serious problem, such as appendicitis or ectopic pregnancy. You should contact your health care provider if you have any of these signs or symptoms.
How is PID diagnosed?
To learn if you have PID, your health care provider will start by asking about your medical history, including your sexual habits, birth control method, and symptoms. If you have PID symptoms, you will need to have a pelvic exam. This exam can show if your reproductive organs are tender. A sample of fluid from your cervix will be taken and tested for gonorrhea and chlamydia. Blood tests may be done.
Your health care provider may order other tests or procedures. They can include ultrasonography, endometrial biopsy, and in some cases laparoscopy.
How is PID treated?
Pelvic inflammatory disease can be treated. However, treatment of PID cannot reverse the scarring caused by the infection. The longer the infection goes untreated, the greater the risk for long-term problems, such as infertility.
Pelvic inflammatory disease is treated first with antibiotics. Antibiotics alone usually can get rid of the infection. Two or more antibiotics may be prescribed. They may need to be taken by mouth or by injection. Your health care provider may schedule a follow-up visit 2–3 days after treatment to check your progress. Sometimes the symptoms go away before the infection is cured. If they do, you still should take all of the medicine for as long as it is prescribed.
Some women may need to be treated in a hospital. Hospitalization may be recommended for women who

In certain situations, such as when an abscess is found, surgery may be needed.
A woman’s sex partners must be treated. Women with Pelvic Inflammatory Disease may have partners who have gonorrhea or chlamydia. A person can have these STDs even if there are no signs of illness.
How can Pelvic Inflammatory Disease be prevented?
To help prevent PID, take the following steps to avoid STD infection:

Glossary
Abscess: A collection of pus located in a tissue or organ.
Antibiotics: Drugs that treat infections.
Bacterial Vaginosis: A type of vaginal infection caused by the overgrowth of a number of organisms that are normally found in the vagina.
Cervix: The opening of the uterus at the top of the vagina.
Chlamydia: A sexually transmitted disease caused by bacteria that can lead to pelvic inflammatory disease and infertility.
Chronic Pelvic Pain: Persistent pain in the pelvic region that has lasted for at least 6 months.
Ectopic Pregnancy: A pregnancy in which the fertilized egg begins to grow in a place other than inside the uterus, usually in one of the fallopian tubes.
Endometrial Biopsy: A test in which a small amount of the tissue lining the uterus is removed and examined under a microscope.
Fallopian Tubes: Tubes through which an egg travels from the ovary to the uterus.
Gonorrhea: A sexually transmitted disease that may lead to pelvic inflammatory disease, infertility, and arthritis.
Infertility: A condition in which a couple has been unable to get pregnant after 12 months without the use of any form of birth control.
Laparoscopy: A surgical procedure in which a slender, light-transmitting instrument, the laparoscope, is used to view the pelvic organs or perform surgery.
Ovaries: Two glands, located on either side of the uterus, that contain the eggs released at ovulation and that produce hormones.
Pelvic Exam: A manual examination of a woman’s reproductive organs.
Sexually Transmitted Diseases (STDs): Diseases that are spread by sexual contact.
Ultrasonography: A test in which sound waves are used to examine internal structures. During pregnancy, it can be used to examine the fetus.
Uterus: A muscular organ located in the female pelvis that contains and nourishes the developing fetus during pregnancy.
Vagina: A tube-like structure surrounded by muscles leading from the uterus to the outside of the body.
If you have further questions, contact your obstetrician–gynecologist.