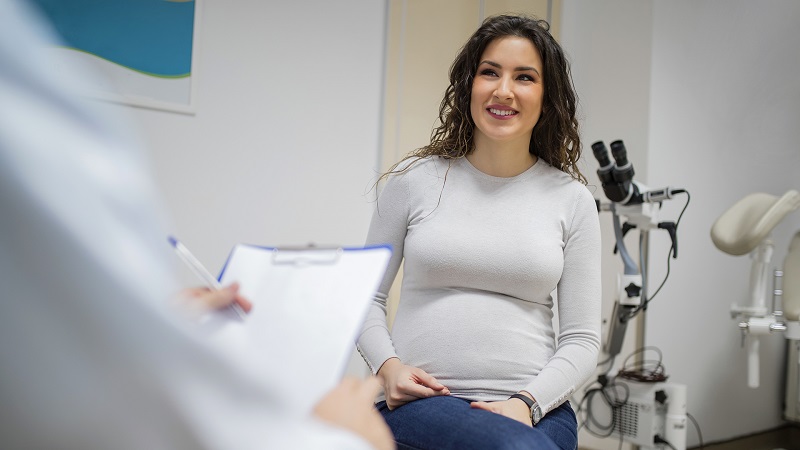 At Embry Women’s Health, we offer advanced care for women with a wide range of mild to severe gynecologic health problems. Many of these health conditions may cause similar symptoms, such as abnormal bleeding, pain during intercourse and/or menstruation, or infertility.
If you are experiencing any symptoms that appear to be caused by a gynecologic-related health condition, let your healthcare provider know immediately. With nearly all health problems, early detection and diagnosis can lead to a more effective treatment plan and better outcome. You can schedule an appointment with a board-certified gynecologist or women’s health nurse practitioner in by calling 480-376-2170.

Every year more than 10 million women visit their health care provider for problems related to abnormal bleeding. Abnormal bleeding is defined by the American College of Obstetricians and Gynecologists as:

Do you suffer from moderate to severe PMS symptoms, including migraines, fatigue, mood swings or other side effects (both physical and emotional)? At East Valley Women’s Medical Group, providers are experienced in evaluating, diagnosing and treating these PMS symptoms – and others. To have someone from our offices get in touch with you, use this brief online assessment tool. Many PMS symptoms can be managed. Take the assessment to get started.
PMS ASSESSMENT

Chronic pelvic pain is clinically defined as pain in the pelvic area that lasts for six months or more. The pain may be constant, sporadic, or follow a regular cycle. Symptoms may also flare up in response to certain behaviors or outside factors.
There are many possible causes of chronic pelvic pain (including many of the health problems discussed on this page). At Embry Women’s Health, your gynecologist will usually begin by asking about your medical history and performing a pelvic exam. Other tests may be necessary for evaluating and diagnosing the issue. These tests may include ultrasound, cystoscopy, and laparoscopy.
Treatment depends on the source of the pelvic pain. Diet and lifestyle changes, medication, physical therapy, and surgery are all potential therapies for chronic pelvic pain. Your healthcare team at Embry Women’s Health will help you find the treatment that’s right for you.

Endometriosis occurs in approximately one out of ten women of reproductive age – most frequently in women in their 30s or 40s. This health problem is present in approximately 40 percent of all women who are infertile.
The primary problem in patients with endometriosis is that the endometrium (tissue lining the uterus) grows outside the uterus in other areas of the pelvic cavity (and sometimes beyond). These tissues, known as “implants,” may appear in the ovaries, fallopian tubes, the outer surface of the bladder, or elsewhere.
Common symptoms of endometriosis include chronic pelvic pain and heavy menstrual bleeding. However, endometriosis can also be present in women who experience no symptoms at all. Non-steroidal anti-inflammatory drugs, hormone therapy, and endometrial ablation may all be used to treat endometriosis. Your gynecologist at Embry Women’s Health can tell you more.
ENDOMETRIOSIS ASSESSMENT

Uterine fibroids are benign tumors that develop from the uterine tissue. However, uterine fibroids are not necessarily located within the uterine wall; some uterine fibroids may appear in other areas of the pelvic cavity, attached to the uterus by a stem.
Fibroids are most common in women between the ages of 30 and 40. Research shows that African American women are three times more likely to have uterine fibroids than other women. Also, African American women are more likely to develop fibroids at a younger age. Overweight and obese women are also at a higher risk.
Symptoms of uterine fibroid tumors may include heavy bleeding, pain during sex, a feeling of fullness in the lower stomach, frequent urination, lower back pain, and enlargement of the lower abdomen.
One common treatment for fibroid tumors is myomectomy, the surgical removal of tumors. This procedure leaves the uterus intact, making it preferable to hysterectomy for many women.

Ovarian cysts are small, fluid-filled sacs that develop on the ovaries. In most cases, ovarian cysts are benign (non-cancerous). However, whether cysts are benign or malignant, they can still cause painful symptoms. Many women with ovarian cysts complain of dull or sharp pains in the abdomen. Also, a cyst can pose a serious health threat if it ruptures or bleeds.
In many cases, ovarian cysts may be found during a pelvic exam. (This is just one reason why having an annual Well-Woman exam is so important for adult women.)  Cysts may also be detected via ultrasound or laparoscopy. Depending on the size and type of cyst, symptoms, and other factors, your gynecologist may recommend a cystectomy, the surgical removal of the cyst.

Pelvic prolapse is a broad term used to describe a health problem that occurs when a pelvic organ shifts into a position lower than where it should be. Pelvic organs include the uterus, cervix, vagina, bladder, urethra, small intestines, and rectum. All of these organs are held together by the pelvic floor. This condition may be caused by having a cesarean section, menopause and aging, having had a prior pelvic surgery, extra pressure on the abdomen (including being overweight or obese), or intense physical activity.
Symptoms of pelvic prolapse include: feeling a bulge in the vagina, lower back pain, pelvic pressure (especially pressure that worsens throughout the day), feelings of heaviness or fullness in the pelvis, a pulling or aching feeling in the lower abdomen, sexual problems, difficulty inserting tampons or applicators, and organs bulging out of the vagina.
Physical therapy, lifestyle changes, weight loss, and Kegel exercises are all nonsurgical ways to get symptomatic relief. Additionally, your gynecologist may provide you with a pessary, a small medical device inserted into the vagina to support the pelvic organs. In some cases, surgery may be necessary to restore the prolapsed organ to its proper position.

PCOS is a hormonal disorder that affects approximately 4 to 12 percent of women of reproductive age. It is the leading cause of female infertility. PCOS is closely associated with obesity, hirsutism (excess hair growth), and irregular menstruation. The primary cause of PCOS is not entirely understood. However, many physicians and researchers have noted that high insulin levels could be at the root of PCOS. When insulin levels in the body are too high, the ovaries may produce too much androgen, which can interfere with ovulation.
While the name “polycystic ovary syndrome” suggests the presence of multiple cysts on the ovaries, not all women diagnosed with PCOS have cysts. In order to be diagnosed with PCOS, a woman must have at least two of the following three symptoms:

There are many therapies available for the symptoms of PCOS. At Embry Women’s Health, your gynecologist will take into consideration your individual symptoms and whether or not you would like to have children in the future in providing you with a therapy. 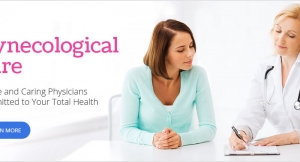 HPV, genital herpes, chlamydia, gonorrhea, and HIV… both men and women have a lot of reasons to be concerned about sexually transmitted infections and diseases. At Embry Women’s Health, women in the Gilbert, Tempe, and Mesa, Arizona, areas have access to reliable testing and treatment of sexually transmitted infections and diseases. For at-risk women, testing may be a part of an annual Well-Woman exam. You can also schedule an appointment for testing outside of this Well-Woman exam. For more information, call 480-376-2170.

Urinary incontinence is one of the biggest, but least talked about, women’s health issues. Current estimates suggest that one in four women over the age of 40 have some kind of urinary incontinence. Your board-certified gynecologist at Embry Women’s Health can provide a thorough evaluation, diagnosis, and treatment of symptoms. If you are suffering from urinary incontinence, let your provider know at your next appointment. Treatments are available.
Overactive bladder syndrome (OAB) is a type of urinary incontinence that could have causes rooted in renal function, neurological disorders, or the use of certain medications. Your gynecologist can help you sort through your symptoms and get the treatment you need.

Vaginitis is an inflammation of the vagina. This condition is quite common and occurs in one out of three women of reproductive age at least once. If you are experiencing any symptoms, let your gynecologist know. There are many therapies available, including oral medications, gels, creams, and more. Vaginitis can be a relatively easy condition to treat. However, in some cases, the inflammation could be caused by a sexually transmitted infection, which could cause other health complications. For this reason alone, it is critical to see a health care provider about this health issue.

To schedule an appointment with a board-certified OB/GYN in Gilbert, Tempe or Mesa, AZ, call Embry Women’s Health at 480-376-2170.