What Are Some Of The Health Issues Specific Only to Women?

Getting sick every now and then even if it is a minor case is inevitable, and even with today’s fast-paced world where people have easy access to a healthy diet, including health supplements and advanced medical facilities, being sick cannot be avoided. Almost everyone on this planet goes through certain health issues from time to time; some of these are curable while some are not. Some of these ailments are almost always exclusively experienced by women alone, and some of these, even if they affect both, the sexes seem to bring forth serious consequences upon the womenfolk. There are certain serious  health issues specific only to women. The female population specifically experiences medical conditions like cancers of the breasts and the cervix, pregnancy issues, menstruation, and menopause.

Additionally, women are more susceptible to lose their lives due to cardiac problems as opposed to men, and there are more cases of women suffering from anxiety issues and depression. Aside from that, Urinary Tract Infections or UTIs seem to affect more women, and sexually transmitted diseases or STDs also seem to take a heavy toll on women’s health more as compared to the opposite gender. Below are some of the ailments that are frequently seen in women that also prove to be of a serious nature.

Although there is a possibility that breast cancer can affect both men and women, it is most commonly seen in just women. It is also the second most diagnosed type of cancer in the United States of America after Skin cancer. 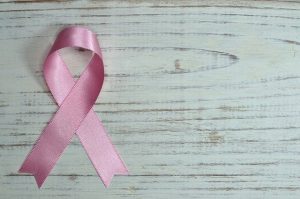 Breast cancer begins in the cells of the breasts, where these cells start to clone dramatically. The rapid multiplying of these cancer cells then start to turn into a tumor that can be then felt by the individual through personal breast examination and can also be detected in X-ray tests.

The growth in the tumor size causes the breasts to change their shape in odd and asymmetrical ways, causing dimples on the surface, inverting of the nipples and also peeling and flaking of the areolas or the deeper pigmented skin that surrounds the nipples. It can also metastasize or spread to other parts of the body.

Breast cancer is a life-threatening medical condition that has been affecting women all over the world for a very long time. Although it does not mean that all types of lumps in the breasts are serious as some of these can be benign as well. Nevertheless, its symptoms should not be neglected in any way, and if someone is experiencing them, they need to see a doctor without any delay.

Most people mix up these two, but Ovarian Cancer and Cervical Cancer are two entirely different things that affect different parts of the female reproductive system. The Ovaries are the two egg-shaped organs located on either side of the uterus. These are connected to the uterus by the fallopian tubes and are responsible for producing a mature egg each month along with the production of the female sex hormones like Progesterone and Estrogen.

The exact cause of ovarian cancer is not known. Still, it is mostly seen in older women, have gone through menopause, and have post menopause hormonal issues, are obese, or have a history of ovarian cancer running in their family. It is difficult to catch it in its early stages because of which it can be termed as life-threatening as in its late stages, and it tends to have already affected the other parts of the abdominal and the pelvic area. The most common symptom of ovarian cancer is bloating in the abdominal area, frequent bathroom trips, feeling full even after eating little, unexplained weight loss, etc. One of the serious health issues specific only to women, which can lead to a life-threatening situation, is a notorious condition of cervical and ovarian cancer.

Cervical cancer, on the other hand, affects the cervix, which is the lower part of the uterus. It is most commonly caused by the HPV or the human papillomavirus, which causes the cells in the cervix to act abnormally and causes the DNA in it to mutate. Its common symptoms include abnormal vaginal bleeding aside from periods like after having sex, or after going through menopause. Additionally, its symptoms also include smelly vaginal discharge and pain during sexual intercourse.

Women also go through scores of issues relating to their gynecological health. While periods and discharge are part of a normal and healthy menstrual cycle, some unusual things that happen during the menstrual cycle like spotting or bleeding in between periods or changes in the texture and amount of vaginal discharge can indicate a serious underlying medical condition. These could be indicative of a serious condition like various cancers of the female reproductive system or point towards a sexually transmitted infection.

Many women adopt a birth control method of their own liking to avoid any unplanned pregnancy while they are very effective at doing their job, they, however, do come with their own fair share of risks. The Pill or birth control pills, for example, carry several risks starting from the higher risk of developing cancers of the breasts and uterus, strokes, heart attack, to spotting in between periods.

Another common form of birth control is the IUD or Intrauterine Device, which also, along with its benefits, carries some risks like getting the pelvic inflammatory disease or PID, ovarian cysts, etc. 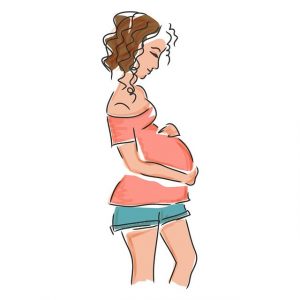 Pregnancy issues are medical complications that occur when a woman is pregnant. These issues can affect both the mother’s and the unborn child’s health. Some women develop these complications during the time that they are pregnant while some have these issues prior to conceiving. Issues like depression, diabetes, and asthma in a woman can have adverse effects on the child’s health if these are not managed or treated properly.

Another common complication related to pregnancy is Ectopic pregnancy, where the embryo instead of the uterus attaches itself to a surface outside the womb. Pregnant women also are more susceptible to being anemic, and so it is very important to keep these complications in check for a healthy mother and a baby.

The autoimmune diseases affect almost 78 percent of women worldwide. The reason as to why it affects mostly women still remains a mystery. Some of the most commonly seen symptoms of Autoimmune disorders are fatigue, fever, pain, vertigo, and irritation of the skin. While most of the existing autoimmune diseases can be easily managed if these are diagnosed in their early stages, some lifestyle changes like consuming less sugar, and fat along with managing stress, can have a positive effect on the body. Some examples of autoimmune diseases are Systemic lupus erythematosus, multiple sclerosis, Rheumatoid arthritis, etc. 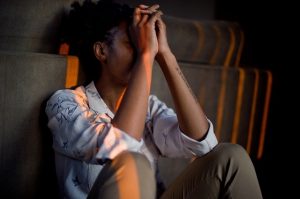 Being a little sad when things do not go as planned is normal, and almost everyone has experienced it from time to time. However, being depressed is much more serious than just being sad. It brings forth feelings of extreme sadness that can prove to be debilitating and can hinder and paralyze the way a person functions, including affecting their appetite, their mood and causes scores of other severe effects.

Depression and anxiety are most commonly reported in women as opposed to men. It has to do with the dissimilarities in brain chemistry and the fluctuations in hormones. A person with depression exhibits symptoms like changes in their sleeping pattern like sleeping too much or having difficulty sleeping, appetite changes, feeling of worthlessness, suicidal thoughts, extreme fatigue, etc. We have all heard of PMS or premenstrual Syndrome, where women ahead of their periods feel moody or irritated. PMDD or

All menstruating women have to go through menopause at some point in their lives while going through its stages might be easy for some. Still, there are some women that have to deal with a lot of negative effects like irregular and abnormal menstruation, sleep issues, hot flashes, and moodiness, to name a few. Every woman is affected by depression in different ways; nevertheless, it can be effectively treated with the help of prescription drugs and through talk therapy.