Vegan Worldwide Domination: Is a Plant-Based Diet the Right Choice for You? 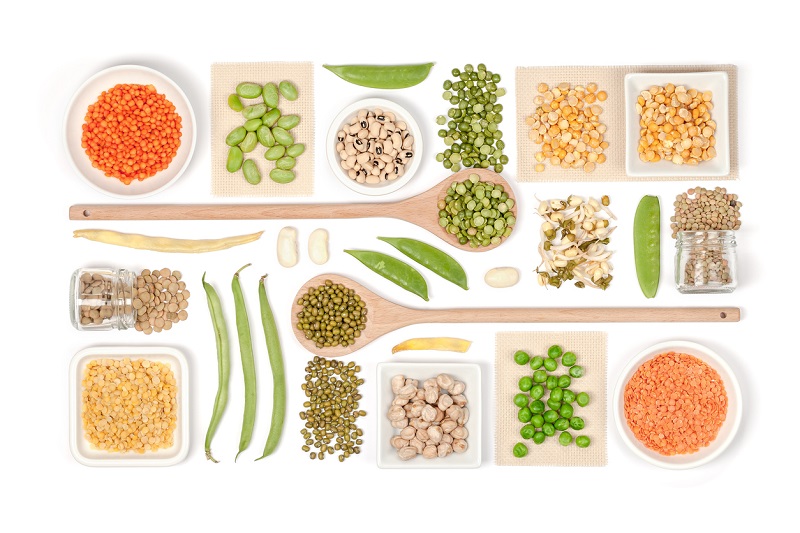 Vegan Worldwide Domination: Is a Plant-Based Diet the Right Choice for You?

Despite what a lot of people may think, vegetarianism and veganism are not one and the same. Even though there are specific similarities between them like the exclusion of meat and meat products, one is a lifestyle whereas the other is a type of diet, respectively. Nowadays, as the number of people going vegan or adopting a vegetarian diet is on the rise, others are wondering what are the advantages and disadvantages and whether a vegan lifestyle or a vegetarian nutrition is a good call for them too or not. With this in mind, this article focuses on finding out if plant-based diets are as beneficial as promoted or are simply a fad.

Following a plant-based diet means that your nutrition is comprised of veggies, fruits, whole grains, nuts, legumes, and seeds, but the intake of animal products is minimal or absent. According to Live Kindly, statistics from 2017 shows that the demand for vegan food and vegetarian food increased by astonishing 987 percent. What is common for both vegans and vegetarians is that they do not consume meat and meat products.

On the other hand, veganism is a philosophy and an empathetic lifestyle and its followers keep out of using animals for food, but neither for clothing or any other purposes. When it comes to their diet, they do not eat meat and meat products, eggs, milk, poultry, honey or any other animal-derived foods. Vegans have a specific way of life too; they never use products from animals, such as wool, leather, and fur or consume medicines, cosmetics, and household products tested on animals or containing some kind of animal product and are openly against animal testing. The staples of a vegan diet are veggies, fruits, and nuts and tofu is often consumed as a replacement for meat.

The Reasons for Going Vegan or Vegetarian

The reasons for going veggie vary from person to person; some may decide to adopt a vegetarian diet because they have an aversion to meat whereas others may become vegans because of compassion for all animals. But, according to Peta and Business Insider, there are plenty of other reasons why people choose a vegetarian diet or a vegan lifestyle. Some of the major ones are weight loss, slimmer figure, better overall health, delicious food, food safety, cleaner planet, saving water, lower carbon footprint, etc. Additionally, in some religions like Hinduism and Jainism, vegetarianism is highly encouraged.

Health Advantages of Vegetarianism and Veganism

In addition to renowned figures like Plato, Nietzsche, Gandhi, Bob Marley, and Paul McCartney who have supported or are supporting plant-based diets, science is also on their side. These are their main scientifically-proven advantages:

Certainly, choosing to go vegetarian or vegan has a number of health, environmental, ethical, and many other positive benefits. However, as pointed out by Jamie Oliver, by removing a certain group of foods from our diet, the risk of missing out specific micronutrients elevates.

A vegetarian or a vegan diet, which is free of meat (and animal products), increases the chance of protein, calcium, vitamin D and B12, iron, omega-3 fatty acids, and zinc deficiency. Be that as it may, most of these essential nutrients can be obtained with a well-balanced vegetarian diet.

Vitamin B12 is a major issue for vegans, especially for beginners, because it is primarily found in animal products while its amounts in plant sources are rather small (spirulina, tempeh, miso, etc.). But, there are stronger food sources of this pivotal vitamin that vegans can reach for, i.e. fortified soymilk, cereals, and nutritional yeast, as well as supplements. Some claim that the absence of meat can be problematic for the levels of protein, especially in growing children. But, as noted on Physicians Committee, excessive amounts of protein are linked to certain health problems, but a balanced vegetarian diet comprised of sufficient beans, veggies, and whole grains can supply a stable amount of it, nothing less, nothing more.

Without a doubt, vegetarianism and veganism are much more than just current trends and this has been scientifically backed up by a long list of scientific studies and research. This being said, going veggie, whether this is because you want to lose weight or to put an end to animal suffering and environmental pollution, can be an excellent idea.

Of course, adopting this type of diet or a lifestyle requires detailed planning and a full dedication to a healthier way of eating, living, and thinking. Otherwise, “declaring” yourself as a vegan or a vegetarian without actually including the necessary whole foods, drinks, and supplements to satisfy the needed amount of nutrients for a healthy body and mind, you increase the risk of nutrient deficiencies and consequent health deterioration and other complications.