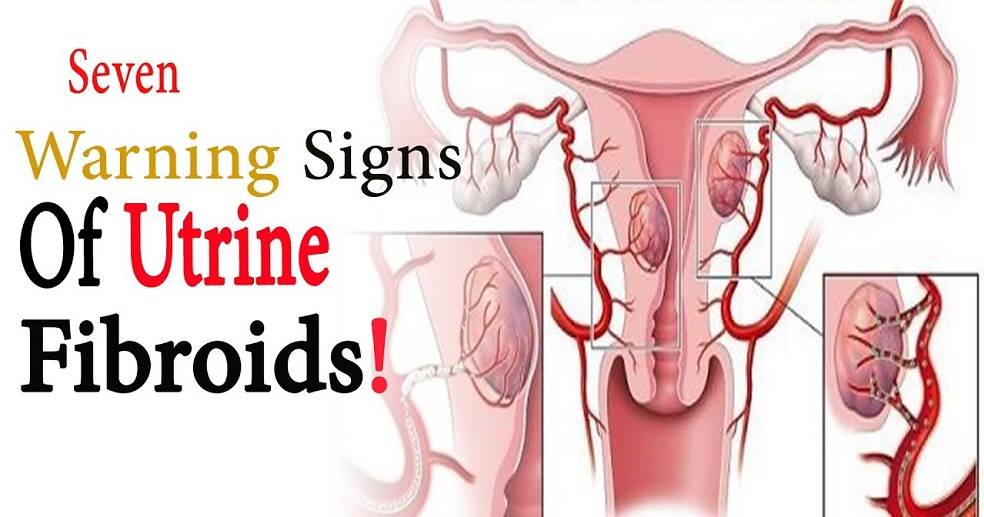 What are uterine fibroids?
Uterine fibroids are benign (not cancer) growths that develop from the muscle tissue of the uterus. They also are called leiomyomas or myomas. The size, shape, and location of fibroids can vary greatly. They may be present inside the uterus, on its outer surface or within its wall, or attached to it by a stem-like structure. A woman may have only one fibroid or many of varying sizes. A fibroid may remain very small for a long time and suddenly grow rapidly, or grow slowly over a number of years.

Who is most likely to have fibroids?
Fibroids are most common in women aged 30–40 years, but they can occur at any age. Fibroids occur more often in African American women than in white women. They also seem to occur at a younger age and grow more quickly in African American women.
What are symptoms of fibroids?
Fibroids may have the following symptoms:

– In the abdomen or lower back (often dull, heavy and aching, but may be sharp)
– During sex

Fibroids also may cause no symptoms at all. Fibroids may be found during a routine pelvic exam or during tests for other problems.
What complications can occur with fibroids?
Fibroids that are attached to the uterus by a stem may twist and can cause pain, nausea, or fever. Fibroids that grow rapidly, or those that start breaking down, also may cause pain. Rarely, they can be associated with cancer. A very large fibroid may cause swelling of the abdomen. This swelling can make it hard to do a thorough pelvic exam.
Fibroids also may cause infertility, although other causes are more common. Other factors should be explored before fibroids are considered the cause of a couple’s infertility. When fibroids are thought to be a cause, many women are able to become pregnant after they are treated.
How are fibroids diagnosed?
The first signs of fibroids may be detected during a routine pelvic exam. A number of tests may show more information about fibroids:

Imaging tests, such as magnetic resonance imaging and computed tomography scans, may be used but are rarely needed. Some of these tests may be used to track the growth of fibroids over time.
When is treatment necessary for fibroids? 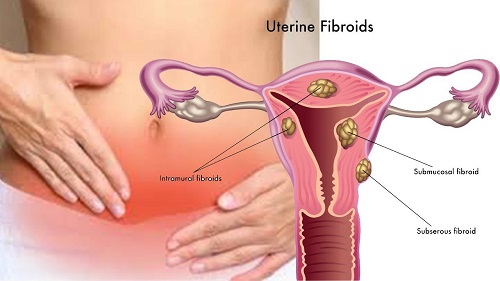 Fibroids that do not cause symptoms, are small, or occur in a woman who is nearing menopause often do not require treatment. Certain signs and symptoms may signal the need for treatment:

Can medication be used to treat fibroids?
Drug therapy is an option for some women with fibroids. Medications may reduce the heavy bleeding and painful periods that fibroids sometimes cause. They may not prevent the growth of fibroids. Surgery often is needed later. Drug treatment for fibroids includes the following options:

What types of surgery may be done to treat fibroids?
Myomectomy is the surgical removal of fibroids while leaving the uterus in place. Because a woman keeps her uterus, she may still be able to have children. Fibroids do not regrow after surgery, but new fibroids may develop. If they do, more surgery may be needed.
Hysterectomy is the removal of the uterus. The ovaries may or may not be removed. Hysterectomy is done when other treatments have not worked or are not possible or the fibroids are very large. A woman is no longer able to have children after having a hysterectomy.
Are there other treatments besides medication and surgery?
Other treatment options are as follows:

Glossary
Anemia: Abnormally low levels of blood or red blood cells in the bloodstream. Most cases are caused by iron deficiency, or lack of iron.
Hysterosalpingography: A special X-ray procedure in which a small amount of fluid is injected into the uterus and fallopian tubes to detect abnormal changes in their size and shape or to determine whether the tubes are blocked.
Hysteroscopy: A surgical procedure in which a slender, light-transmitting telescope, the hysteroscope, is used to view the inside of the uterus or perform surgery.
Intrauterine Device: A small device that is inserted and left inside the uterus to prevent pregnancy.
Laparoscopy: A surgical procedure in which a slender, light-transmitting telescope, the laparoscope, is inserted into the pelvic cavity through small incisions. The laparoscope is used to view the pelvic organs. Other instruments can be used to perform surgery.
Menstruation: The monthly discharge of blood and tissue from the uterus that occurs in the absence of pregnancy.
Pelvic Exam: A manual examination of a woman’s reproductive organs.
Progestin: A synthetic form of progesterone that is similar to the hormone produced naturally by the body.
Resectoscope: A slender telescope with an electrical wire loop or rollerball tip used to remove or destroy tissue inside the uterus.
Sonohysterography: A procedure in which fluid is put into the uterus and ultrasonography is used to view the inside of the uterus.
Ultrasonography: A test in which sound waves are used to examine internal structures. During pregnancy, it can be used to examine the fetus.
Uterus: A muscular organ located in the female pelvis that contains the developing fetus during pregnancy.
If you have further questions, contact your obstetrician-gynecologist.
FAQ074: Designed as an aid to patients, this document sets forth current information and opinions related to women’s health. The information does not dictate an exclusive course of treatment or procedure to be followed and should not be construed as excluding other acceptable methods of practice. Variations, taking into account the needs of the individual patient, resources, and limitations unique to institution or type of practice, may be appropriate.
Copyright May 2011 by the American College of Obstetricians and Gynecologists. No part of this publication may be reproduced, stored in a retrieval system, posted on the Internet, or transmitted, in any form or by any means, electronic, mechanical, photocopying, recording, or otherwise, without prior written permission from the publisher.