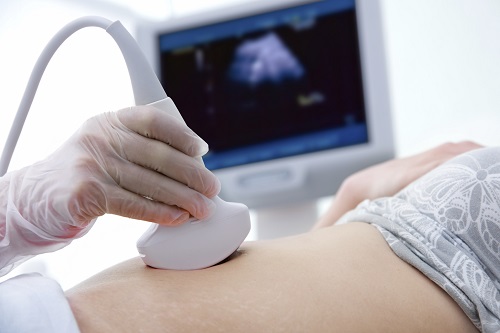 Ultrasound is used during pregnancy to find out whether the growing fetus inside your uterus is developing normally. It can be used to check the anatomy of the fetus for defects or problems. It also can be used to find out the following information: 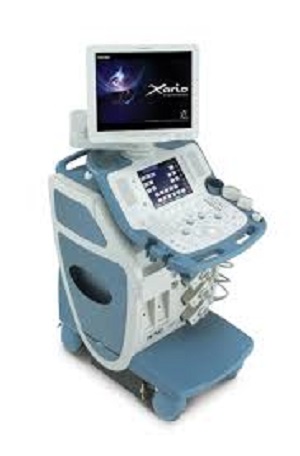 Amniocentesis: A procedure in which a needle is used to withdraw and test a small amount of amniotic fluid and cells from the sac surrounding the fetus.
Amniotic Fluid: Water in the sac surrounding the fetus in the mother’s uterus.
Anemia: Abnormally low levels of blood or red blood cells in the bloodstream.
Cervix: The lower, narrow end of the uterus at the top of the vagina.
Chorionic Villus Sampling: A procedure in which a small sample of cells is taken from the placenta and tested.
Down Syndrome: A genetic disorder caused by the presence of an extra chromosome and characterized by intellectual disability, abnormal features of the face, and medical problems such as heart defects.
Fetus: The developing organism in the uterus from the ninth week of pregnancy until the end of pregnancy.
Placenta: Tissue that provides nourishment to and takes waste away from the fetus.
Sonohysterography: A procedure in which sterile fluid is injected into the uterus through the cervix while ultrasound images are taken of the inside of the uterus.
Transabdominal Ultrasound: A type of ultrasound in which a device is moved across the abdomen.
Transducer: A device that emits sound waves and translates the echoes into electrical signals.
Transvaginal Ultrasound: A type of ultrasound in which a device specially designed to be placed in the vagina is used.
Trimester: One of the three 3-month periods into which pregnancy is divided.
Ultrasound: A test in which sound waves are used to examine internal structures. During pregnancy, it can be used to examine the fetus.
Umbilical Cord: A cord-like structure containing blood vessels that connects the fetus to the placenta.
Uterus: A muscular organ located in the female pelvis that contains and nourishes the developing fetus during pregnancy.