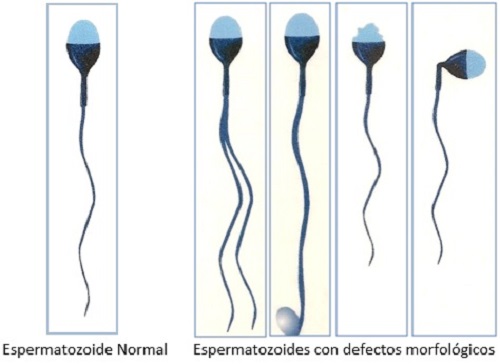 To assess sperm morphology, the sperm is examined under a microscope and the percentage of abnormally shaped sperm is estimated. It is important to know that all men produce abnormal sperm and as many as half of the sperm in a “normal” semen sample are abnormally shaped.
Sperm morphology is assessed using one of 2 sets of characteristics. Kruger criteria are strict and consider minute irregularities as abnormal. World Health Organization (WHO) criteria are more lenient and do not classify as many sperms as abnormal.
In some cases, morphology is used to decide whether a couple should use in vitro fertilization (IVF) to attempt a pregnancy. It is best to check with your physician to see which method was used to assess sperm shape and the significance of the results.
What is a normal-shaped sperm?
A normal sperm has:
• A smooth, oval-shaped head that is 5-6 micrometers long and 2.5-3.5 micrometers wide (less than the size of a needlepoint)
• A well-defined cap (acrosome) that covers 40% to 70% of the sperm head
• No visible abnormality of neck, midpiece, or tail
• No fluid droplets in the sperm head that are bigger than one half of the sperm head size
Can an abnormally shaped sperm fertilize an egg?
Yes, it can. However, having higher amounts of abnormally shaped sperm has been associated with infertility in some studies. Usually, higher numbers of abnormally shaped sperm are associated with otherirregularities of the semen such as low sperm count or motility. Men with abnormally shaped sperm may also have no trouble causing a pregnancy.[/one_half][one_half last=”yes” spacing=”yes” background_color=”” background_image=”” background_repeat=”no-repeat” background_position=”left top” border_size=”0px” border_color=”” border_style=”solid” padding=”” class=”” id=””] If an abnormally shaped sperm fertilizes the egg, does that mean that my child will have a higher risk of having genetic abnormalities?
We don’t know. There’s no relationship between the shape of a sperm and its genetic material. Once the sperm enters the egg, fertilization has a good chance of taking place. However, as some of the abnormalities in sperm shape may be the result of genetic disturbances, there may be some male offspring who will inherit the same type of morphology abnormalities as are found in their fathers’ sperm morphology.
If an abnormally shaped sperm can fertilize an egg, why does the shape matter? 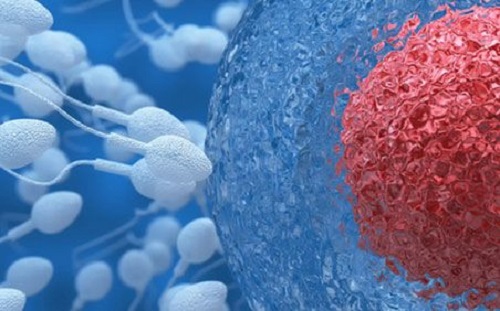 No one is sure why the sperm shape matters. Men with abnormally shaped sperm tend to have more trouble causing a pregnancy, but we cannot say for sure whether that difficulty is caused by the shape of the sperm itself or by another reason that causes the sperm to be shaped differently and at the same time causes a problem with fertility.
Is there anything I can do to improve the shape of my sperm?
Research has not shown a clear relationship between abnormal sperm shape and tobacco, alcohol, or caffeine use, though some studies suggest that smoking can impair fertility. While you are trying for a pregnancy, you should not use tobacco or recreational drugs and you should limit your consumption of alcohol.
These substances may hurt sperm DNA (material that carries your genes) quality. Studies have not shown a clear connection between caffeine consumption and changes in sperm shape. Remember that it may take up to 3 months for any changes to your sperm to become noticeable.
Are there any dietary supplements or vitamins that I can take to improve morphology or fertility?
Dietary supplements or vitamins have not been shown to improve sperm morphology or fertility. Some specialists recommend that you take a daily multivitamin to improve reproductive health even though the value of dietary multivitamins for this purpose is unproven.
Revised 2014