NEXPLANON® or etonogestrel is a hormonal implant that has the capability of preventing ovulation. Ovulation is the phenomenon where the ovary releases an egg. This is usually the early part of the process that finally leads to pregnancy. So, when it suppresses ovulation, there is much less chance of pregnancy. Using Nexplanon causes changes in the uterine lining and cervical mucus, and it thickens the mucus, which makes it harder for the sperm to get to the uterus and difficult for a fertilized egg to attach or implant itself to the uterus.

The Nexplanon implant is used as contraception for the prevention of pregnancy. It is radiopaque as well. It contains some amounts of barium sulfate and hence is visible on scans and x-rays. The hormone etonogestrel is inside a small plastic rod that is implanted just below the skin, usually on the upper arm. This hormone gets released slowly into the female body. The hormones that are released work in two ways – preventing the eggs from leaving the ovaries and thickening the mucus in the cervix, in effect preventing the sperm from reaching its destination. If these two don’t happen, you don’t get pregnant.

The Nexplanon implant can remain inside the woman’s body for three years and provide contraception throughout that time. Because of its effectiveness and ease of use, the pregnancy rate for women who are using a hormonal implant is around 1% only. There are very few, minor side effects and fertility returns promptly after discontinuation. Hence women who want to have children and are using implants can just have them removed, and as soon the hormonal effects wear off, they are ready to conceive.

Nexplanon has the benefits of using a hormonal implant as a contraceptive. It manages contraception through hormones. Hormones are also produced naturally by the human body, and Nexplanon uses similar hormones to prevent pregnancy. The following are the health and lifestyle-related benefits of using NEXPLANON®.

NEXPLANON®, as a hormonal implant, provides good, long-term protection against pregnancy. The contraceptive is 99% effective, which means the failure rate is only 1%. This is quite a good statistic, almost as good as IUD and sterilization. But sterilization cannot be reversed, and using Nexplanon can bring back fertility when desired. It is one of the most effective methods as there aren’t many ways of messing it up. For example, in birth control pills, if women forget to take them and have intercourse, then there is a high chance of pregnancy. But with Nexplanon, the woman doesn’t have to remember to do something or take something every day. There is no way to take it incorrectly either, you just get it implanted and then you don’t have to think about it for the next three years.

Nexplanon can help in reducing period cramps. It also makes the periods lighter in many women. Around one-third of women who use Nexplanon stop getting their periods completely after one year.

This form of contraceptive is very convenient. You need to get it inserted once and then forget about contraception as the implant does its job. This means no ring to put in, no trips to the pharmacy for pills, and no preparation before having sex. It is also very discreet as the implant is under the skin, and no one can see it unless you tell them that you have it.

Some hormonal implants use two hormones – estrogen and progestin. These implants are unsuitable for women who can’t use estrogen-based contraceptives. People have health problems wherein the use of estrogen isn’t the best. Nexplanon is estrogen-free and great at effectively controlling conception; as such, more people are able to use it.

Nexplanon’s effects on a woman’s body are reversible. If a woman decides at any time that she wants to have a child, then she can get it removed. This implant does not affect fertility in any way, nor does it make it harder for women to get pregnant in the future. Usually, one can get pregnant as soon as 14 days after the implant is out.

There is absolutely no maintenance required when a woman uses Nexplanon. Once it gets inserted, it will do its job.

The implant lasts for a long time in the body. Its life is for three years, which is a good period of time during which women don’t have to worry about pregnancy.

It is safe for women who have just had a child and are breastfeeding. Breastfeeding women need to be very careful about what medicines they take. But Nexplanon is perfectly safe for them

How Effective is Nexplanon? 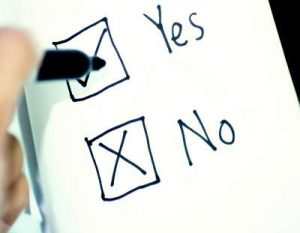 NEXPLANON® is a highly effective contraception option and is used by many women. It is easy to use and has multiple benefits.

The effectiveness of NEXPLANON® may be less if the woman is overweight, as the level of hormone circulating in the body and blood will be lesser in women with a high BMI or Body Mass Index when compared to those with a lower BMI. Because of this, doctors may recommend the replacement of Nexplanon between the 2nd and 3rd years in overweight women. However, it must be remembered that the implant isn’t effective in preventing STI’s or STD’s, so using a condom is advised.

Nexplanon isn’t too expensive, and you may get it for free too. The cost of this implant depends on a woman’s insurance plan. Under the Affordable Care Act, you could this implant for free as well. Have a discussion with the doctor to see if Nexplanon is the best option for you. Then check the cost information and insurance plan. It may require a co-pay, other charges, or deductible.

In order to check if you have coverage under pharmacy benefit or a medical benefit, do the following:

If you find out that Nexplanon is covered in your insurance plan, then continue the conversation with the customer care representatives.

If Nexplanon is not covered then do the following:

Breastfeeding women can make use of Nexplanon if four weeks have passed since she has had the baby. The hormone in Nexplanon can be passed on to into the milk, but the amount is very small. There has been a study on the health of children who were breastfed while the mothers were using Nexplanon, and no effects on development and growth were seen. Breastfeeding women must use this contraceptive in consultation with the physician.

Such women must meet the doctor as soon as possible. It will be necessary to remove the implant and ensure that the pregnancy isn’t ectopic. Nexplanon isn’t likely to cause birth defects based on the experience with other hormonal contraceptives.

Nexplanon has to be removed after three years. But if you still need this contraception, then a new implant can be added at the time of removing the old one.

Women with the following issues must not use NEXPLANON®.

The above mentioned are some of the cases in which NEXPLANON® is not advised. However, to get the complete picture, a doctor’s consultation is required.