Alternative Medicine: Could Cannabis Be the Cure We Have Been Waiting for 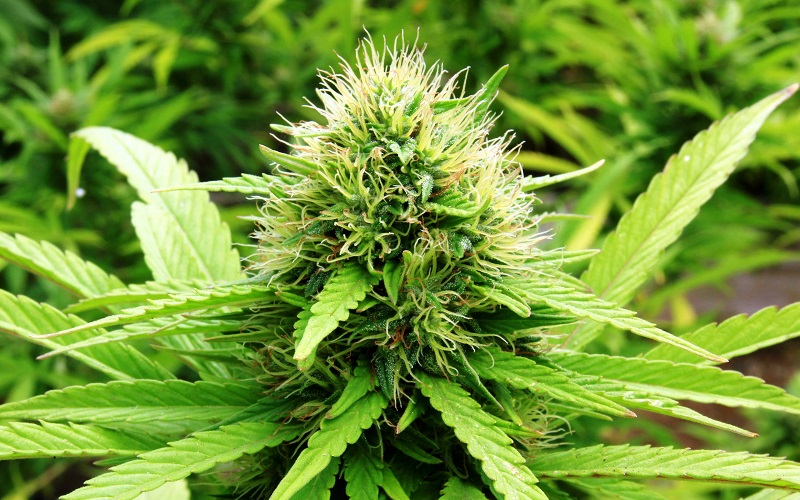 Cannabis sativa, also known as marijuana, is a plant that grows wildly in temperate and tropical parts of the world. It can succeed in almost every type of climate and nowadays, it is more and more grown indoors as well, with the help of hydroponic technology.

Cannabis has a lot of chemical compounds which give its various characteristics and the crucial ones are considered to be the cannabinoids. Two examples of cannabinoids are THC and CBD and they provide the medical and recreational characteristics of the plant. They connect with various receptors in the body and create different effects, including the “high” feeling, as explained on Leaf Science.

Recreational Use of Cannabis

According to Very Well Mind, recreational users of cannabis are individuals who use this plant but are not addicted to it or have some drug-related issue. This type of cannabis use is considered to be non-problematic because it does not have any negative impact on the user or other people.

As Elizabeth Hartney explains, a recreational cannabis user takes cannabis sporadically and they spend more time on other, more important activities and can easily make a decision whether to use it or not, especially when it is readily available, without any urge to do so. In these people, marijuana use happens in different social situations and they do not need it to be more relaxed, to get more sleep, or to have sexual intercourse. Last but not least, she asserts that a non-problematic use of cannabis does not require from the user to spend a small fortune on it. What should also be emphasized is that the only way in which marijuana does not have a short- or long-term negative influence is when it is eaten, rather than inhaled.

Some long-term effects from available data are a higher chance of respiratory illnesses associated with inhaling cannabis, reduction in memory and learning capacity, and lack of motivation and concentration.

Medical Use of Marijuana

Cannabis is growingly being prescribed for a wide array of health-related reasons, like relief from ache. However, although some states in the U.S. allow cannabis prescriptions for medicinal purposes, this remains a controversial topic in the U.S. and many other countries in the world where it is still illegal according to the law.  Despite what many people think, cannabis is not something that has only recently caught everyone’s attention; in fact, it has been used for more than 1000 years as a cure for a long list of symptoms. What’s more, in Chinese medicine, it is among the 50 essential healing herbs.

The Healing Potential of Cannabis

In addition to being frequently prescribed for alleviation of pain, as seen on Web MD, associated with headaches, migraines, cancer, glaucoma, or nerve pain, doctors also recommend it against muscle spasms which can be triggered by multiple sclerosis, nausea from chemotherapy, loss of weight and decrease in appetite due to HIV or nerve pain, seizures, and Crohn’s disease. Laura Borgelt, PharmD, asserts that even though our bodies naturally produce chemicals that impact a lot of processes, including ache and inflammation, cannabis has the potential to enhance their functioning.

Cannabinoids and the Treatment of Cancer

According to Dennis Hill, a biochemist, every cell has interconvertible sphingolipids which control the life and death of the cell. If the endogenous ceramide is high, apoptosis or death is inevitable, but if the ceramide is low, the cell grows and strengthens. Upon the connection of THC from cannabis with the CB1 or CB2 cannabinoid receptor site of the cancerous cell, the ceramide synthesis elevates and triggers the death of the cell. Since a healthy, normal cell does not create ceramide when THC is present, it is not influenced by it.

Hill further elaborates that cancer cells die off due to a small mitochondrial shift, not as a result of cytotoxic chemicals. Namely, most cells have a nucleus, several mitochondria, and different organelles. The mitochondria make energy for the cells. When ceramide begins to pile up, it increases the pore permeability of the mitochondrial membrane to cytochrome c, a protein. Then, this protein is expelled out of the mitochondria and destroys the energy source for the cell. Since ceramide leaves no chance for cancer cells to thrive, it is pivotal to accumulate it, which can be achieved via therapeutic and gradual dosages of THC and CBD and by maintaining metabolic pressure on the pathway of cancerous cell death.

Despite the complicated relationship between cannabis users and authorities in various parts of the world, cannabis essential oil has been commonly used for its capacity to heal. The oil is made through steam distillation from the upper leaves and flowers of the plant.

This highly volatile green, concentrated, sticky, and resinous liquid abundant in THC and CBD, as noted on Organic Facts, has strong components and it is not only utilized as a remedy, but it is added to soaps, candles, and perfumes and it can also be used for culinary purposes. Below, you can check out a list of the most beneficial uses of cannabis essential oil.

Final Thoughts on Cannabis Use

Despite the controversy surrounding it and the classification as a drug in numerous parts of the world, science and medicine have been researching the healing potential marijuana has to offer and there are more and more people claiming that this plant helped them with a specific health issue.

According to Marie McCormick, a professor of Material and Child Health and a professor of pediatrics, vital public health concerns have been raised by the increase in accessibility, acceptance, and use of marijuana. Nonetheless, there is still uncertainty about the potential advantages or disadvantages of its use due to the scarce aggregated knowledge on the effects of marijuana.