Are you tired of bleeding? Abnormal uterine bleeding is definitely one of the most common conditions encountered at Embry Women’s Health. As leading gynecologists, we are always ready to help you determine the cause of bleeding and ensure that you receive the most effective treatment available as quickly as possible. We are located in Mesa, Arizona area and serve women in the greater Phoenix area.

What is Considered Abnormal Uterine Bleeding for Women?

Abnormal uterine bleeding can encompass a wide range of problems that can occur throughout the reproductive years and beyond. Vaginal bleeding is considered to be abnormal in the following circumstances:

· Bleeding before puberty in young children.

· Menstrual periods are too long. Normal periods occur about every 4 weeks and lasts 3-5 days on average. If you bleed 7 or more days, there may be a problem.

· Menstrual periods are too heavy. Women typically lose about 30 ml of blood during a normal period. Most women will change tampons or pads 2-3 times a day during the heavy part of the menstrual cycle. If you are changing more often or pass blood clots, this means your periods are too heavy.

· Bleeding between menstrual periods. The amount of bleeding may vary from spotting to heavy. Either way, this is not normal and should be investigated.

· Irregular periods. Some women have periods that have no regularity and they seem to occur at totally random intervals. If your periods are occurring in unpredictable manner, there is a problem and you should undergo evaluation.

· No periods for 3 months or longer. This is called amenorrhea. Unless there is a known reason why you are not having periods, it requires evaluation.

· Bleeding after menopause. Any bleeding that occurs after menopause is not normal and must be investigated. In most instances, cancer must be ruled out.

· Bleeding associated with pregnancy. Any bleeding during pregnancy is not normal and must be evaluated promptly. Sometimes, women do not even know they are pregnant and think they are having an abnormal period.

There are numerous causes of abnormal bleeding. Some of the most common causes include:

· Medications- some medications are associated with bleeding

· An IUD or intrauterine device

· Infection of the cervix, vagina, uterus, fallopian tubes or ovaries.

· Cancer of the uterus or ovary

· In some instances, extreme emotional stress and too much physical activity can cause atypical bleeding.

How is Abnormal Uterine Bleeding Evaluated?

First, a detailed history of abnormal bleeding will be taken followed by physical examination. Often, some laboratory studies will be needed which may include blood count, thyroid and pituitary function tests, hormone levels, coagulation profile, etc. Regular and/or specialized ultrasound examination may need to be performed. Occasionally, tissue biopsy (endometrial biopsy) will be recommended. Once the reason for bleeding has been identified, the provider will be able to address the issue and ensure that it is successfully managed.

How is abnormal bleeding diagnosed?

Your healthcare provider will ask about your personal and family health history as well as your menstrual cycle. It may be helpful to keep track of your menstrual cycle before your visit. Note the dates, length, and type (light, medium, heavy, or spotting) of your bleeding on a calendar.
You will have a physical exam. You also may have blood tests. These tests check your blood count and hormone levels and rule out some diseases of the blood. You also may have a test to see if you are pregnant.

What tests may be needed to diagnose abnormal uterine bleeding?

Based on your symptoms, other tests may be needed. Some of these tests can be done in your health care provider’s office. Others may be done at a hospital or surgical center:

What factors are considered when deciding on a type of treatment?

The type of treatment depends on many factors, including the cause of the bleeding, your age, and whether you want to have children. Most women can be treated with medications. Others may need surgery.

What medications are used to help control abnormal uterine bleeding?

Hormonal medications often are used to control abnormal uterine bleeding. The type of hormone you take will depend on whether you want to get pregnant as well as your age. Birth control pills can help make your periods more regular. Hormones also can be given as an injection, as a vaginal cream, or through an IUD that releases hormones. An IUD is a birth control device that is inserted in the uterus. The hormones in the IUD are released slowly and may control abnormal bleeding.

What types of surgery are performed to treat abnormal uterine bleeding?

Some women may need to have surgery to remove growths (such as polyps or fibroids) that cause bleeding. Some fibroids can be removed with hysteroscopy. Sometimes other techniques are used.
Endometrial ablation may be used to control bleeding. It is intended to stop or reduce bleeding permanently. An endometrial biopsy is needed before ablation is considered.

Hysterectomy may be done when other forms of treatment have failed or they are not an option. Hysterectomy is major surgery. Afterward, a woman no longer has periods. She also cannot get pregnant.

Adenomyosis: A condition in which the tissue that normally lines the uterus begins to grow in the muscle wall of the uterus.
Cervix: The opening of the uterus at the top of the vagina.
Ectopic Pregnancy: A pregnancy in which the fertilized egg begins to grow in a place other than inside the uterus, usually in the fallopian tubes.
Endometrial Hyperplasia: A condition that occurs when the lining of the uterus (endometrium) grows too much.
Fibroids: Benign (noncancerous) growths that form on the inside of the uterus, on its outer surface, or within the uterine wall itself.
Hysterectomy: Removal of the uterus.
Intrauterine device – IUD: A small device that is inserted and left inside the uterus to prevent pregnancy.
Menopause: The process in a woman’s life when ovaries stop functioning and menstruation stops.
Miscarriage: The spontaneous loss of a pregnancy before the fetus can survive outside the uterus.
Polycystic Ovary Syndrome: A condition characterized by two of the following three features: the presence of growths called cysts on the ovaries, irregular menstrual periods, and an increase in the levels of certain hormones.
Polyps: Growths that develop from membrane tissue, such as that lining the inside of the uterus.
Uterus: A muscular organ located in the female pelvis that contains and nourishes the developing fetus during pregnancy. 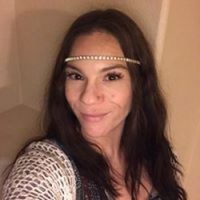